While crossing rebel territory from Goma to Kisangani on the land would be a Russian roulette, a flight there seemed a good and fast choice. Three motorbikes take me and my two new travelmates to the airport. Their goal becomes quite clear after just a few seconds; it’s a race. For my part it is my first race with my backpack on a bike. A foretaste of what’s to come. Comfort looks different, but just a few minutes later we arrive in front of the terminal. We show our tickets and enter the busy floor of travelers and deliverymen. In all this melee, a wired looking person introduces her- or himself as an airline helper. Let’s assume for the sake of simplicity it’s a she, she helps us checking in, guides us along to the airport fee counter and makes sure we pass safely security. Behind the next two desks, paper tigers are launching at us. The four woman of the health department, check our vaccination passes so thoroughly, you could easily think you are leaving a high risk laboratory for diseases. We do not just have to prove a normal body temperature, we are also required vaccinations for every possible disease starting with yellow fever ending with meningitis and measles. 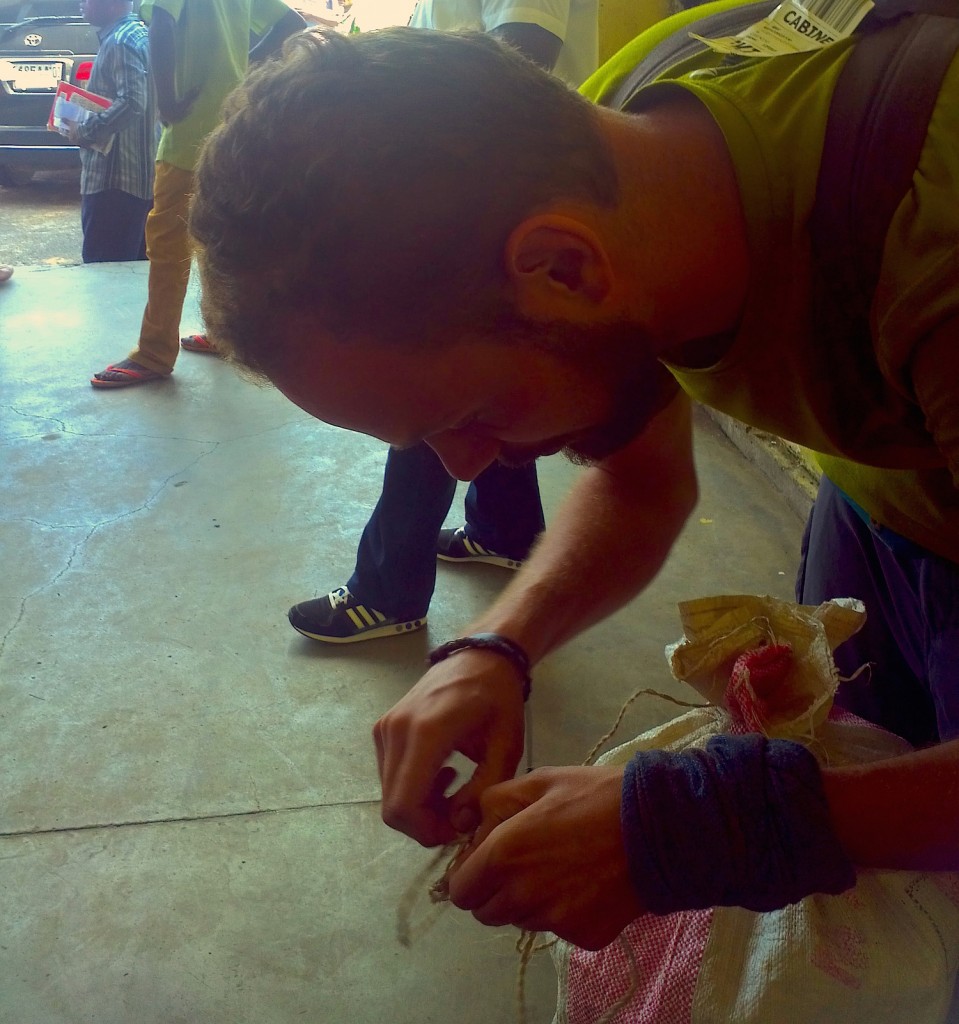 Preparing luggage for the flight (Photo by Dieter Hilbert)

The next desk is the immigration counter. Two officers launch an investigation and for the first and not last time we are summoned to the backroom for questioning. The first time in Congo, I feel like a convict, proven guilty of traveling. The Direction Générale de Migration (DGM) controls every movement within the country. It’s a relict from the Belgian colonial times, when people required permission of a physician that they are healthy and everyone moving further than 30 kilometers needed a travel pass. I wait in line after two Russian UN workers, that apparently overstayed their visa and try to negotiate their way out. It takes a while, but then the officer in charge turns to me and asks me, where we are going. I tell him about our plans: flying to Kisangani and then taking the boat to Kinshasa. He looks bewildered at me. He asks me again and proposes a new plan to me. We should take the plane to Kinshasa. His explains it with only 4 hours of flight, which would save us three to four weeks of strenuous traveling. I decline his offer with the politest French I find in my vocabulary. Now he starts asking me about my mission; another term used until lately in Congo. Without a mission, you were not allowed to travel. I use the word tourist and explain him that I want to experience Congo and see his country. The look on his face is still a little bit grim and our passports still locked under his hand. I pull out my guidebook and show him, that it explains in short a trip on the river. It’s still a mystery to him, but he releases me and hands me the passports. I am relieved, but I fear there is more to come.

Goma is still under the influence of the many expats and the people are used to travelers. I take a seat in the waiting room and watch the movements on the tarmac. UN helicopters circling and landing once in a while. A business jet painted in white with huge UN-letters on it’s side appears at the horizon and sets for landing. An enormous delegation leaves the plane and is welcomed by armored vehicles, vans and cars with tainted windows. Soon after our plane lands and taxis to a parking close to the terminal. We leave the terminal and walk to the stairs. 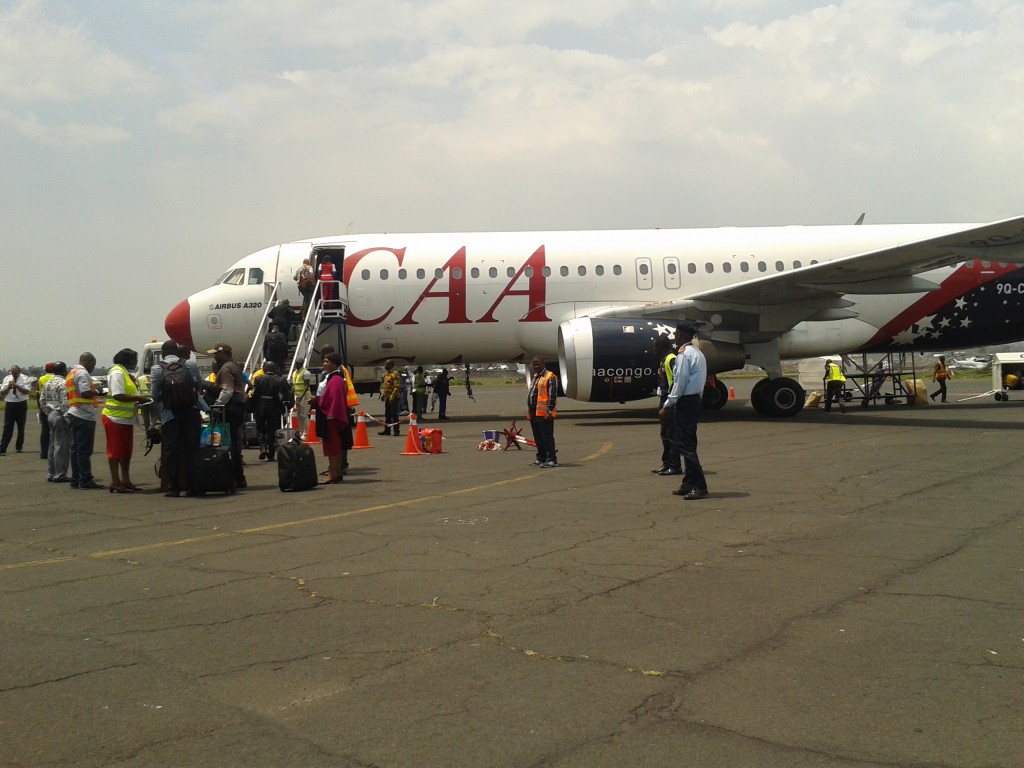 The red and white colored airbus makes a good impression from the outside. The inside looks quite used. We find seats at the emergency exit over the wing. During take-off a whistling noise from the window reaches my ear and stops after reaching cruising altitude. The first signs of Congolese maintenance. It flies, the most important thing and actually I still feel save. And we arrive safely in the jungle. Already during the approach, the Congo river leaves a deep impression. Finally I see this famous river. The river I dreamt about during lunch break at work couple of months ago. The river I pointed out during geography lessons 10 years ago in high school. The river I thought I would never visit. It’s reality now! 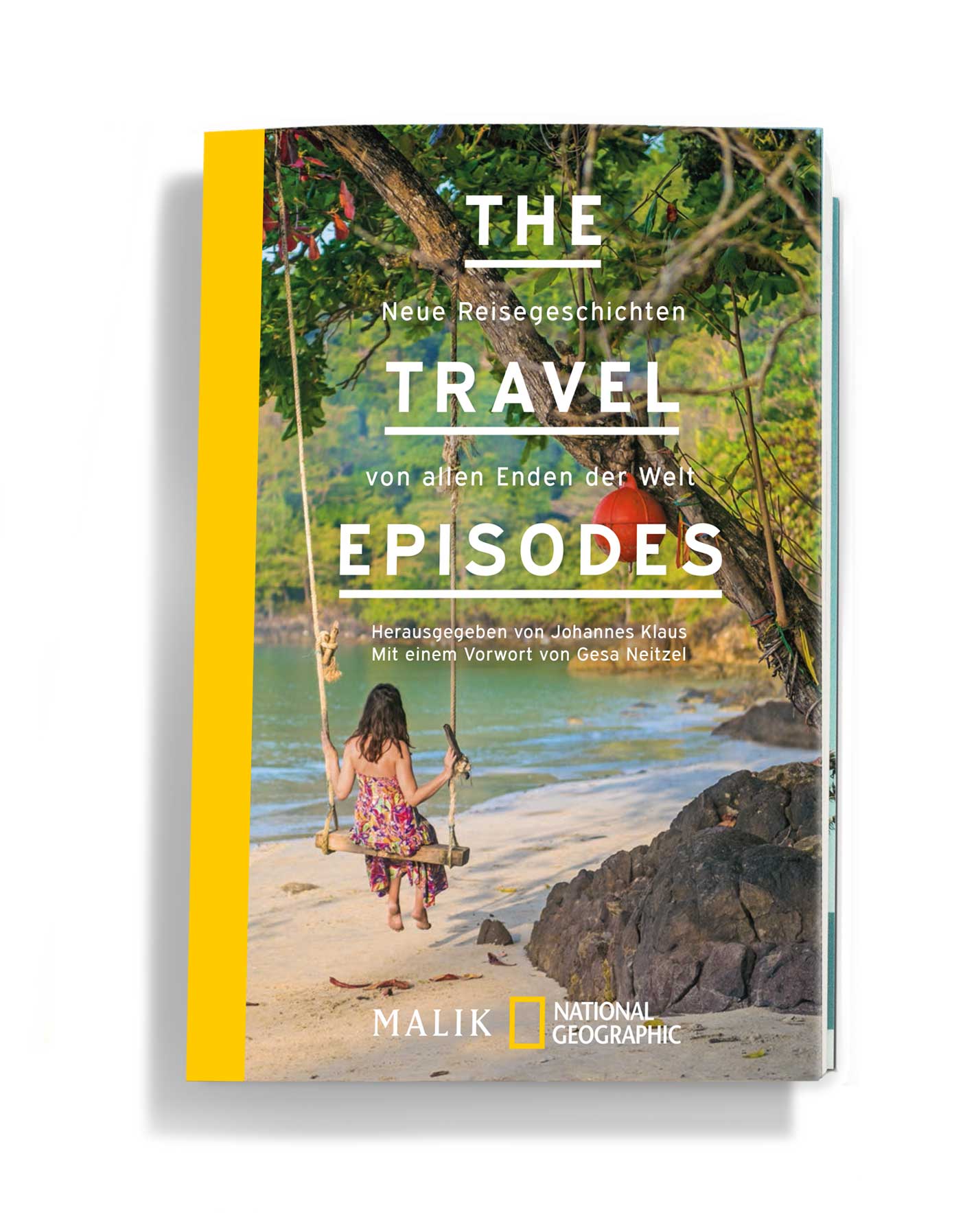 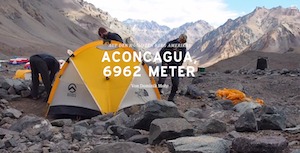 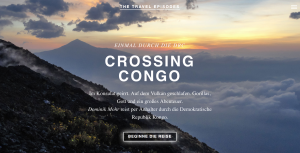 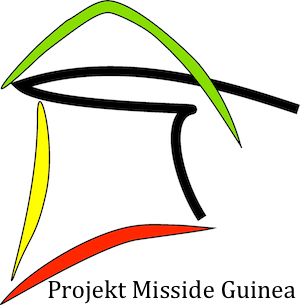 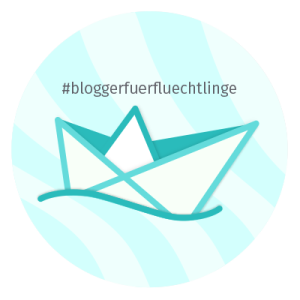